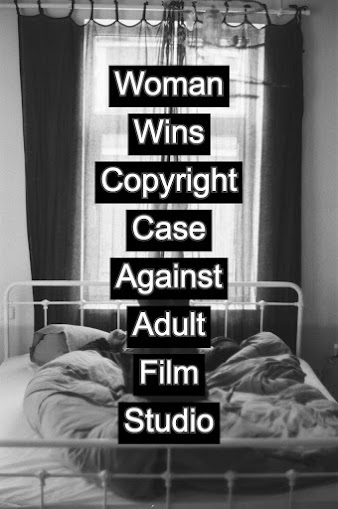 A recent case in the United States District Court of Massachusetts has seen a woman whose house was used as a film set for adult videos without her knowledge be awarded damages… but not for what you think.

In Bassett v Jensen, Ms Bassett, the owner of the property, signed an agreement with a renter to lease her Martha's Vineyard property for seven months for the sole use of Mr Spafford and his family. Spafford had moved to Martha's Vineyard to work as a photographer and cameraman for an adult film director. Throughout the lease, Ms Bassett claims that 21 different videos were filmed at her property. Following the end of the Lease, Ms Bassett had to stop renting out the property as there was significant damage caused to the building and later due to the publicity that the property was used in filming the videos.

Ms Bassett then argued that not only did the video showcase her property but they had infringed her copyright on numerous of her self-made artworks which were hanging in her property. Being an artist, Ms Basset had designed a large number of artworks on her property as well as adding artistic elements to the functional features of the property such as incorporating the fireplace and a sofa into her designs.

Before commencing proceedings, Ms Bassett had registered the works as part of an unpublished collection with the Copyright Office. Unpublished copyright is a form of intellectual property protection which allows copyright to last over the works for 70 years after the death of the artist. If the artist is unknown, then the copyright lasts for 120 years from the date of creation of the work. Australia has similar protection in place; however, unpublished works with an unknown artist last for 50 years from the date of creation.

The Defendants, in this case, argued that the copyright in the artworks did not exist as the artworks lacked significant levels of originality. Therefore copyright protections did not attach themselves to the artworks. The Defendants also attempted to prove the invalidity of the copyrights due to several reasons including the functional purpose of some of the artworks and the fact that Ms Bassett had started an online store however the Court dismissed both of these claims.

When addressing the issue of originality, Justice Saris noted the case of Gregory, 689 F.3d at 47 stating "Courts assessing the applicability of the Copyright Act'sAct's protections to allegedly unique works frequently note that the ''originality'' bar is set quite low." Accordingly, the majority of Ms Basset'sBasset's works were awarded copyright protections. The Court also looked at the functional aspects to the property that Ms Bassett had added artistic copyright claims to, including the fireplace where Ms Bassett had attributed to the ''aesthetic'' of the fireplace. The Court noted that while the functionalistic elements to the fireplace were not copyrightable, the aesthetic features that Ms Bassett had added were capable of being copyrighted this means that aspects of home decorating are now copyrightable so long as they are done in an original and aesthetically artistic manner.

As copyright attached itself to the artworks, use of works must be by authorized license. The Court noted that, by regulation, even "background" uses of copyrighted materials require payment of a license fee. It also dismissed a notion of the ''fair-use'' doctrine as the works were used for decoration in the artwork which was commercial in nature. When determining whether the fair use doctrine is applicable, the Court must take four things into consideration:

When addressing this element, the Court must determine whether the purpose and character of the use of the work is transformative or whether it relies on the works in their original forms. The Defendants claimed that they used the works as mere decoration in the background of the films.

Decoration has been determined to be a disqualifying factor for fair use claims as it would open the floodgates to the unauthorized use of practically all copyrighted works. Therefore, in this instance, the Court decided in Ms Bassett'sBassett's favour.

Nature of the Works

In this element, the Court determined that as the works were artistic in nature (drawings, sketches, paintings, etc.), then this element was satisfied too.

Amount of use of the Works

Once again the Court found in favor of Ms Bassett as she provided screenshots from the films featuring her artwork.

As Ms Bassett had no intention of ever selling her works, then this element was not satisfied as there was never any value loss in the works due to their use in the videos. Therefore the Court found this element in favor of the Defendants.

Conclusion on Fair Use

Accordingly, as the majority of the elements were found in favor of Ms Bassett, the Court did not dismiss these claims. The Court then granted summary judgment on copyright liability and ordered a jury trial for damages in relation to the infringement.