Diamonds are forever, and so are the court cases about them 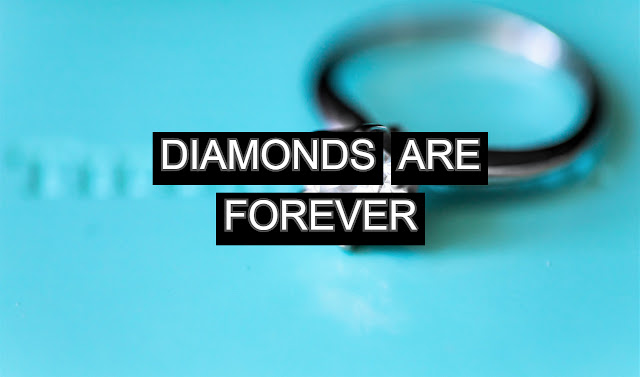 Diamonds are Forever, and so are the court cases about them

As the Tiffany & Co v Costco trademark/counterfeit case enters its 8th year of litigation, one thing is becoming obvious, that it isn’t going to stop any time soon.
On one side, a 183-year old company arguing that its branding has not fallen into common usage, a death knell in terms of copyright protection and on the other a warehouse company arguably most famous for the fantastic and affordable food court.

But what is this all about?

Sometime in 2013, Costco begun selling diamond rings, with a setting (how the gem is held on the ring) labelled ‘Tiffany’, a reference to the very famous way that Tiffany & Co had been setting their diamond rings. In response, Tiffany & Co commenced counterfeit proceedings against Costco on Valentine’s Day that year. Costco immediately pulled the diamond rings, crushing the dreams of those who wished to buy an engagement ring, three toasters and a 10-pack of shampoo all in the same store.

What are the arguments?

Costco is arguing that Tiffany” has become a generic term and, citing a century of documents, was widely understood to describe a type of pronged diamond setting.
Tiffany & Co is arguing that it is not a generic term and that there was a chance that people may assume that the ring they were buying at Costco was, in fact, a Tiffany & Co ring and that Costco was, therefore ‘passing off’ the rings as Tiffany & Co goods. An estimated 3,349 customers bought Tiffany-set rings at Costco during the relevant period, court papers show.

What happens when a brand name becomes generic?

Generic usage is when a brand name for a business becomes so synonymous with the product itself that the general public refers to that product as the brand instead. Think about last time you asked someone to pass you a ‘facial tissue’ or used a ‘hook-and-loop fastener’ on a jacket or thrown empty facial tissue boxes and broken jackets into a movable waste container, more than likely you would have used terms such as ‘Kleenex’, ‘Velcro’ or ‘Dumpster’ instead. This is where the problem is, all of these are brands are trademarked however if you become so successful that people refer to your product as your brand, then this allows others to use that brand in their advertising to ensure that people know what they are selling.
To prevent this from happening there is a movement in brands to use their name as an adjective, if you see a box of ‘Kleenex’ the words ‘brand tissues’ will appear next to their logo, if you make a copy at a Xerox machine, you will see the words Xerox Copier in bold writing. Interestingly enough, the brand Rollerblade is also running a similar campaign, just in case the 1980s have another rebirth, and we all need to defeat the school bully in a rollerblading race around ‘Devil’s Backbone’ (Airborne reference for those interested).

So, what happened in the Tiffany & Co v Costco case?

The Judge determined that merely using the word Tiffany wasn’t enough to constitute counterfeit passing off as consumer have a reasonable level of intelligence when buying products, and they would be aware that it was not, in fact, an actual Tiffany & Co ring.
The Court also took into consideration the significant amount of evidence that Costco had supplied regarding the common usage of the term ‘Tiffany’ when referencing the setting of stones in rings. The Court determined that a reasonable jury would find that Costco did not act in bad faith in this case and was merely communicating with its consumers the most easily identifiable terminology to describe the product
.
By doing so, the Court overturned the previous $21 million damages order against Costco as it found that a reasonable jury would not find this way again. The Court then remanded the case for trial again.
Neither party has shown a willingness to lay down over this case, and it seems it will continue in perpetuity.