Are they rising or is this just in our head? 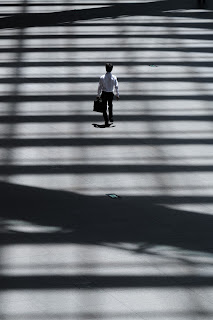 I read today that there has been a surprising lack of wage growth in this financial quarter despite surging inflation pretty much across the board. I'm interested in this is news to anyone, like literally, who in their right mind is surprised that wages haven't grown.
Wages have been demonised in the media by successive governments as being this abstract evil that damages businesses and will tear apart the economy. But is this really true? I understand the history that we have with 'wage spirals' and how they are interrelated with continuous inflation rises; however, I just can't see that there is that much of a connection between the two. Because, quite frankly, I don't see wages rising and haven't seen them rising for a long time, but inflation has. For what seems like an age, we have had inflation rises, but wages haven't kept up.
Doesn't a 'wage spiral' only really take place if everyone gets a rise above the cost of living? Because I feel like the period of starvation that wages have had over possibly, the last 30 years has to account for something? In my first job, the boss complained about hard she had it when she started working 30 years ago and the wage that she disclosed to me was every more than my wage then! That's why when I read the media talking about the dangers of wage growth, I get sceptical because I feel like what an average salary can buy you has been decreasing for a while; someone in my profession with my level of experience is less than it was when my parents were starting out.
Now I know that there might be statistics that say 'the average wage' has grown by X over the last year. But I don't think it has kept up with inflation, let alone the quality of life that the average wage leads to.
On the radio, they were saying that the Reserve Bank discusses the issue of wages with businesses all over Australia. They have all indicated that wages are one of the biggest pressures on the economy, but is anyone truly surprised by this answer? What kind of business would be willing to say that higher wages are not a problem, the point of a business is to extract the most value it can, and low wages are just a part of this? It is the equivalent of asking 100 salmon farmers if we should be eating and buying more salmon; what do they really think that questions will get them>
But for someone reason, the Reserve bank listens when these businesses get on their soapbox and state that despite wages not keeping up with inflation and rendering you a purchasing power significantly lower than what it could a LONG time ago, it is still the biggest threat to profitability. And these are the same businesses that criticise us for not spending more so that every second newspaper article is about how millennials would instead buy avocado toast or that we are killing television or retail businesses by not shopping the same way as generations before us. I feel like someone should let them know that this is because we don't have the same,e wages as businesses before us. If the trend continues for the next decade, what will it be like? Will it be back on to powdered milk because 'the young generation won't buy regular milk because they're too cheap', or will it be property next that we are ruining because the average house is now the equivalent of 20 years' salary?
Another thing that is never really addressed is that even if the salaries on the top end are increasing, these positions are not being occupied by the new generations; they are occupied by the same people who were in these positions 20 years ago. One of the benefits of society is that people are living longer, but this also means they are working longer too and that lack of natural progression, being delayed by decades, means that more people are missing out on the years that they can recoup little pay at the bottom.
That said, I have no idea how we can fix it; it would involve convincing businesses that higher wages would not end their businesses, convincing people that they need to ask for pay rises and convincing the Reserve Bank that perhaps the research they are doing isn't entirely as comprehensive. But that would likely be easier said than done.