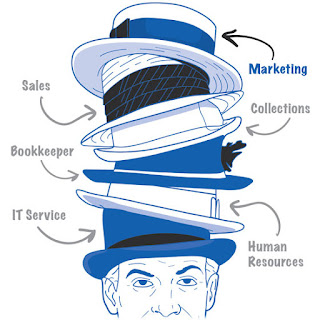 It makes me sad when I hear more and more news about what happened with the previous Prime Minister of Australia. Over the last few years, I have witnessed a constant spate of everyday Australians claiming that they have lost faith in our government. 'politicians are all the same 'they always lie' 'who knows what they'll do next.
Aside from the obvious imports from the political landscapes of our cousins in the united states and the united kingdom, I always felt that Australian politicians were above it. I don't know why I held on so tightly to this belief; maybe it was a love for my country, confidence in my common countryman or maybe in my heart, I didn't believe that it was possible in Australia. Given the media's uproar about it, I am guessing that a lot of people had these same beliefs.
I am conflicted with a range of emotions, shock, anger, disgust but also happiness, that these secret workings were eventually uncovered. I can imagine that there were a lot of discussions about not making these actions public in order to save the current people who may have been compromised as a result of this.
Speaking of compromise, after I heard about this, it made me wonder who else knew. Who else had it in the ethics or moral code that this kind of behaviour was acceptable for the leader of Australia? And who is saying they had no idea now that the information has been released? I don't think that I will be able to look at many members of the previous federal government the same after this. It will take a lot for me to put this behind me. And why should I? is this not a significant issue? It feels like it should be. In my opinion, it feels like the early days of something more sinister. I'm getting real, Star Wars The Phantom Menace vibes regarding what feels like a major power grab. I often wonder if the people in the movie who voted for Darth Sidious ever regretted their actions. It is never shown, I assume that some of them did, but that is because I am assuming that, having watched all the star wars, the majority of people are on my side of the politics. But there would be heaps of people who supported the empire, millions or billions of them, that would have thought that life was better when the emperor was in place. Even after the death star, there will be people that said that the "death star" was a good decision and was necessary to protect the empire.
But then again, maybe it isn't a big deal; maybe the actual issue is that this was all kept secret. Perhaps I would look at this differently if there had been disclosed about this when it happened. Especially in the early days of the pandemic, there were legitimately times when people thought they would be struck down with a deadly virus; in fact, many people still are, so maybe we would have viewed it differently if it had been announced then and was all out in the open… but it wasn't so there is no point trying to wonder 'what if' when the actual real-life actions happened. We have a right to feel angry over this.
I just wish we could go back in time to simpler times, before things had changed, before there was a need to determine whether the previous actions of our leader were considered right or wrong, before a time when the only defence for said actions was that 'it isn't illegal. Should this really be the level of expectation we have for our politicians that they didn't break the law? This doesn't happen at other workplaces; if you decided that instead of doing paperwork all day, you would paint a picture, would your boss accept that 'it isn't illegal as an excuse for not doing your job correctly? I don't think so; in fact, being fired may not be the only consequence you would have to face; your boss might also confiscate your picture.
But I wish we could go back because I am sick of being constantly disappointed in politics. I hope this new one is better; he seems like he will be. But the scars from the last one have not healed, and it looks like they reopen every time something new happens.