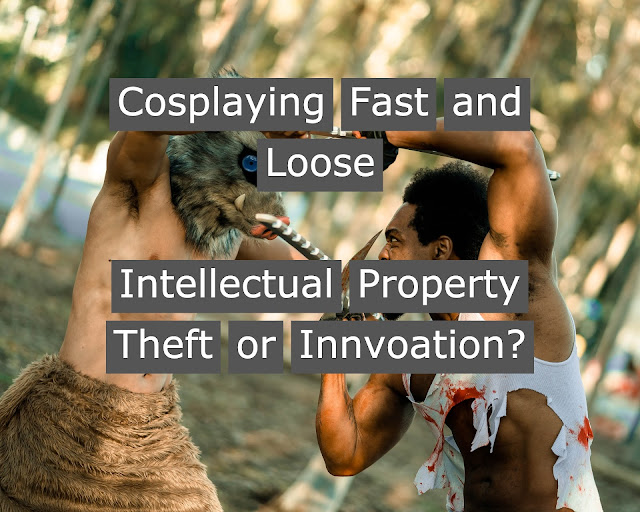 In light of the ongoing pandemic effects, Japan has decided to take on the real issues and has announced the reform of how copyright is looked at concerning cosplaying. Cosplaying is a way of dressing up in costume as some of the characters from your favorite tv show/anime and while dressing up in costume isn't likely to cause you to receive a copyright notice, being paid to do so most likely will. This kind of thing can definitely spoil a children's birthday party when one of the six-year-olds turns out to be an undercover police officer working in the intellectual property squad, but nevertheless, copyright protections are genuine and are what gives a company incentive to come up with a new character in the first place.

So, the Japanese government have come out and said that they would undertake a review of the situation and release a brochure of approved ways to Cosplay without infringing copyright moving forward. But as history is always doomed to repeat itself, let's look at how one of the most important cases in the United States, concerning costumed heroes went.

In Disney Enterprises v Sarelli, the company sued a large distributor of costumes for copyright and trademark infringement alleging that Sarelli and Characters for Hire (the company's name) deliberately marketing and operated services providing costumed characters to the party/entertainment/hospitality industry. Characters for Hire provided several costumed performers based on Disney's intellectual property.

So how did Characters for Hire try to get around the allegations of infringement; initially they tried the descriptive fair use defense which allows someone to use registered trademarks in a descriptive sense, to describe an aspect of the services. However, this ultimately failed as the court found that merely saying something is 'Darth Vader-like' doesn't get around copyright or trademark infringement. To be successful with that defense, they would need to have established that the trademark was used:

In this case, Characters for Hire's defense didn't establish the first element.

Characters for Hire then attempted to use the nominative fair use defense as well, which states that a defense to trademark infringement is it the use does not imply any affiliation or endorsement of the trademark owner, however this then also failed since they had been using the trademark in connection with their own services. Hence, the court found that they were establishing a link. Further, the court found that the company's target audience, unsophisticated children would be likely to believe that genuine Disney characters are entertaining them, which is a worrying trait if all court cases use children as the measuring stick of believability. If that's the case, uncles that enjoy stealing their nieces' and nephews' noses best watch out.

While Plaintiffs' marks are strong (first factor), the similarity of the marks (second factor), weighed only slightly in Plaintiffs' favor because Defendants used different names for their characters than Plaintiffs' trademarked character names, e.g., "Big Green Guy," "Indian Princess," and "The Dark Lord" instead of Hulk, Pocahontas and Darth Vader.

The fifth and sixth factors, evidence of actual confusion and evidence of bad faith were also decided in favor of Characters for Hire as there was no evidence (in reviews etc.) that someone had confused the Disney trademarks with the hire characters and Characters for Hire had undertaken steps to alert the customers that Disney did not endorse them.

Finally, the seventh and eighth factors were also decided in favor of Characters for Hire. The lesser quality of Character for Hire costumers and the consumer level of satisfaction makes it unlikely that consumers would be confused.

The court also rejects the assertion of Copyright Infringement because Disney had used poor-quality evidence that had not been properly authenticated.

So what is the takeaway? When it comes to proving intellectual property breaches from costumed performers, proving an infringement is a long litigious battle which in the USA has resulted in a (at the moment) stalemate between copyright owners and the infringers. In the event that circumstances between the two change at all, the lawyer-shaped battle axes will be picked up again, and this is almost certain. Hopefully, Japan finds a better way, where these two parties can work together, but first, they will need to find a judge that isn't just someone cosplaying as a character from Boston Legal.