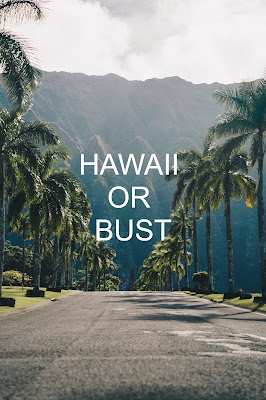 A man in New York has filed a class action against bread maker, King's Hawaiian over the sweet rolls alleging that the company misled him into believing that the rolls are actually made in Hawaii. Robert Galinsky is pursuing a class-action lawsuit against the company claiming unjust enrichment, negligent misrepresentation, and fraud.

Galinsky claims that Hawaiian Rolls by itself "does not denote a roll made in Hawaii any more than a 'Moon Pie' can claim to have been baked on the moon." But the company using the original location of its factory, 'Hilo, Hawaii' in its packaging is misleading to customers.

If Galinsky can convince the court that King's Hawaiian is misleading its customers, and quite frankly, it's a big 'if', he will face the issue that the packaging states that it is a California product.

This isn't the first class-action lawsuit surrounding a company claiming to have Hawaiian roots, with another company, Hawaiian Host, facing a lawsuit over the fact that most of its chocolates' production occurs in California.

But in the case of King's Hawaiian, what does the actual law state for mislabeling the state of origin? At this moment in time, the law does not extend to states inside of a country. Although some states, such as California and Hawaii have considered a 'Made in Hawaii/California' labelling protocol, these laws have never progressed from the drafting stage.

For food products, Section 304 of the Tariff Act of 1930 is the most protection that requires that most food products must bear a country-of-origin label on their packaging. However, it does not extend to individual states of the USA. This section was recently enforced in the case of Federal Trade Commission v Bollman Hat Company, where a company was labelling their hats with labels such as 'Choose American' and 'Made in the USA since 1868' even though up to 70% of their products were imported from other countries. But the distinction from the King's Hawaiian matter is that King's Hawaiian never said they were made in Hawaii.

In Australia, the Australia Consumer Law dictates a clear distinction between stating something is a product of a place and that a product is made in a specific location. In the case of 'product of' each significant ingredient and virtually all of the product's production must occur in one country whereas 'made in' merely needs to have the last transformation of the product to happen in that country.