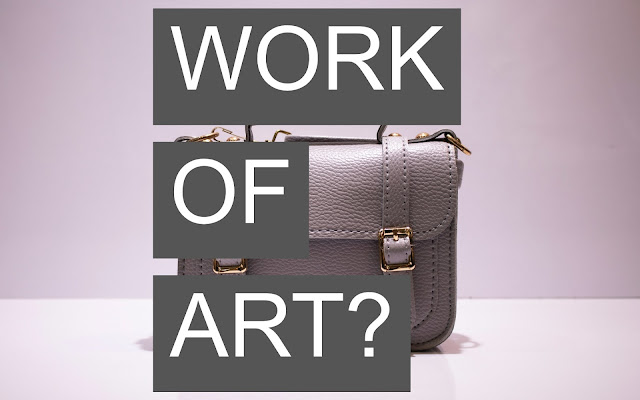 A recent case in the Federal Court of Australia has backfired for a bag producer as the court ruled that there was not a single piece of artistic value or merit in their products.

According to section 31 of the Copyright Act 1968 (cth), copyright subsists in all artistic works, which is later defined as a work of artistic craftsmanship’. To determine whether State of Escape’s work was a work of artistic craftsmanship, Justice Davies, looked at the artistic elements to the bag and found them lacking. Using the factors outlined in Burge v Swarbrick [2007] HCA 17, Justice Davies found only the only artistic element to the bag was the use of perforated neoprene and that otherwise the Escape Bag design was “constrained by functional limitations”, that were “merely matters of visual and aesthetic appeal but also, critically, resolved functional issues”. In short, the only thing mildly artistic about the bag was the fabric they used, and every other element of the bag was required for the proper function of the bag. Justice Davies also did not take into consideration the intentions of the designer of the bag or other materials used in the construction of the bag.

Therefore, if it isn’t artistic, then there is no copyright attached to it, and Schwartz is in the clear.

Justice Davies later remarked that if there were a chance that State of Escape could have established that the bag was an artistic work, Schwartz would have been in breach of copyright. Which probably felt about as good as hearing you came second in a two-person race.

What this case is indicative of is a change in the way that fashion companies are dealing with their intellectual property rights. Due to the time restraints (10 years), an ever-increasing amount of companies are attempting to claim intellectual property rights outside those afforded in the Designs Register. But just like trying to put the triangle block through the round hole, it isn’t always a great fit. Attempting to prove fashion articles like bags are “works of artistic craftsmanship” where functional considerations dictate the design will continue to a sore point for those trying to claim intellectual property rights over the bags. Further, any fashion works that use a ‘minimalistic’ design will also have an issue trying to prove artistic choices.

Improper registration of trademarks has also been proven to be an issue since the appearance of COVID-19; many brands attempted to register their trademarks under the newly created class of face masks. Several applications that should have been registered as designs were applied by brands trying to safeguard their trade marks; however, many of these should have been registered designs in the first place, which would not have been necessary.