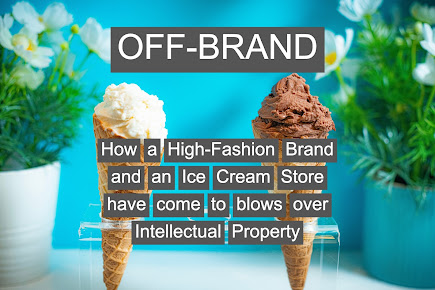 In the various industries that are out there, not too many are as different as fashion and ice cream. One is involved in providing happiness, comfort and everything nice in this world and that other provides a sharp reminder that maybe that extra scoop of ice cream was too much. But suffice to say, a rift between the two industries is not something that you would expect to find.

But as hype culture and the obsessive fandom on the internet have grown, the industries have been growing closer and closer together. But sadly, not in the way you think, we are still a few years off wearable ice cream. Instead, there is now a good chance that your local ice creamery sells merchandise. Less impressive, for sure. But this has become a staple for restaurants with even just a modicum of goodwill attached to their name and why not? If customers are willing to pay an extra $50 so that people will mistake them as an 'off the clock' employee, then go for it. However, it is always important to keep in mind that merely the fact that a store does not typically deal in goods from a particular industry, this does not exempt that store from the standard business conventions of that industry.

This lesson was learnt recently by Afters Ice Cream, which after launching a line of merchandise was reportedly sued by the high-fashion brand, Off-White.

Afters Ice Cream advertised a number of different types of clothing that featured the phrase 'Off-Diet' and using images similar to very notable Off-White works. Off-White claims that the merchandise is 'confusingly similar' to Off-White's graphics and registered trademarks. It also stated that "retail fixtures, signage, [and] interior décor" is intended to "confuse consumers into believing that [its] products are Off-White products and/or that [it or its] business is affiliated with Off-White."

While it is ironic that the Off-White, a company which has been at the other end of numerous copyright infringement claims, even to the extent of a case being called OffWhite Co v Off-White LLC, was so quick to launch their own proceeding, however, the law is pretty straightforward concerning unlicensed reproduction of copyrighted works.

But it is not all doom and gloom, and there is hope for the plucky ice cream store yet as due to use of humour in the respective shirts, a reproduction of copyrighted works could be okay if it is for the purposes of parody or satire.

This concept was demonstrated in a recent case in the Ninth Circuit, where the makers of a dog toy that resembled a bottle of Jack Daniels Whiskey were found not to be infringing copyright as the dog toy was found to be humourous and expressive and not a sign of your dog falling off the wagon.

As for the Off-White matter, we will have to wait and see if this matter progresses to court or if cooler heads prevail and the case is dropped.