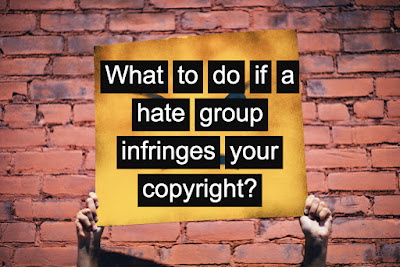 In this day and age of heightened political discourses and the government ordered social distancing protocols, the need for community has become a necessity for people who would otherwise be isolated. With community, individuals’ voices become one and their calls for change become louder. While this can be an excellent tool for enacting change and promoting a message, what happens when the message being broadcast isn’t something you agree with? To make matters worse, what happens when a mob is chanting your copyrighted works to support their message?

This occurred recently in Melbourne when protestors of the Victorian lockdowns crowded in a shopping mall and chanted ‘You’re the Voice’ by John Farnham. Management for Mr Farnham issued a response noting that both Mr Farnham and his management do not condone the use of the song for this purpose. It happens a lot more in the United States where ‘soupe du jour’ of a hate group or current resident of the White House will play some unrelated song and claim it as their theme song, to the artists’ dismay. But, if this happens to you, what can be done?

Well, that depends on the level of the organisation.

Unfortunately, if the group is unorganised and just a collection of individuals, there isn’t too much that you can do. You can issue a strongly worded cease and desist letter, but its effectiveness would be questionable, primarily if the chanting of the song isn’t published on some format. However, the larger an organisation gets, and the more political their message is when you may be able to do something about it.

The majority of your potential power comes from one particular document, the music licence.

Just like what you should do when a group of clowns attacks you, you need to go for the juggler/jugular (i.e. the event itself).

Playing music at commercial events without a licence is an infringement of copyright. What this means is that commercial venues will often licence the ability to play music in a public venue from larger corporations such as OneMusic Australia or ASCAP in the United States or else they will be liable for copyright infringement and face severe fines and penalties.

Similar to any other Intellectual Property Licence, the Music Licence will state what you can and can’t do with it the music. Generally in Australia, a Music Licence will have an express clause in it that says something along the lines of, ‘this music cannot be played at political rallies, or event for causes that would make someone believe that the artist is a supporter of this cause’. Basically, a get-out clause if it turns out that the bake sale you licenced your song to is actually a political rally in support of putting children to work in the mines, you can prevent them from playing your music, and therefore your implicit association with it.

So, therefore, provided that you have this clause in your Music Licence, a strongly worded letter to the venue should suffice.

But what if they’re using my work online?

This is probably the most open medium in terms of potential options, however issuing a cease and desist letter, a takedown notice to the website/server and a strongly worded public statement is likely to be a most effective strategy.

Takedown notices draw their names from the most legislation relating to them, in Australia its Schedule 10 of the Copyright Regulations 1969. In the USA, if the website is hosted there, the Digital Millennium Copyright Act 1999 (USA) is where the takedown notice is found.

In summary, if one of your copyrighted works is being used, without your permission a means of spreading hatred, misinformation or propagating support for an oppressive oligarchy, there is something you can do. Don’t just sit back and wait to become a figurehead for a cause you don’t support act now!