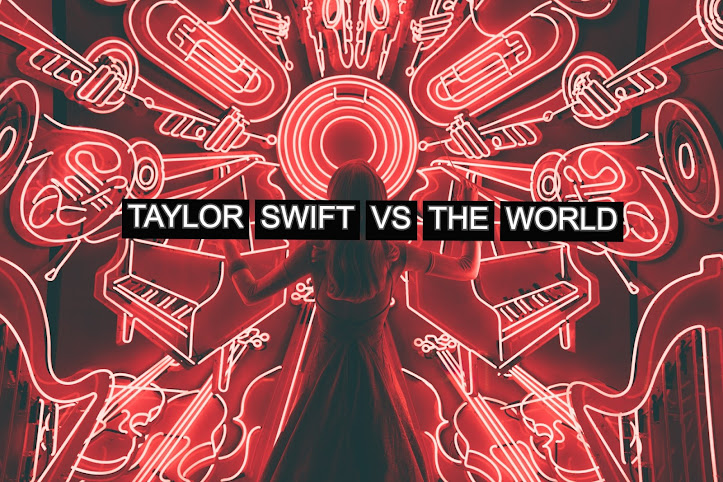 In 2014, Taylor Swift unleashed her widely successful 1989 album on the world, and just one year later, the world began to sue her for it. It has been five years since the first litigant commenced proceedings against her and Swift is in Court again, defending herself over allegations of stolen lyrics.

The lyrics in question, 'the players gonna play, play, play, play, play and the haters gonna hate, hate, hate, hate, hate'. These 16 words have been the cause of multiple million-dollar lawsuits. Judges have read these words in full earnest; law students will spend hours reading precedents using these words, and people have sung these words in their car when they were stuck at traffic lights. But is the fact that you wrote words similar to this enough to claim the profits of a song? A lot of hopeful plaintiffs seem to think so, and in the United States, the courts appear to entertain most notions of copyright infringement at least to a trial level, at which they are quickly dismissed.

In one matter the Judge used Swift's lyrics in their judgement stating that the Complainant had 'a blank space' in their documents and that 'merely pleading BandAids will not fix the bullet holes in his case'.

So it seems that the even the courts themselves are poking fun at the sheer ridiculousness of some cases but how did it get this way?

Musical Copyright Infringement in the USA

Musical copyright cases are not unheard-of in the United States. Since they invented a way to record music, there has been someone trying to sue over it. But this recent spate of high-value cases has resulted from one significant case… that of Blurred Lines.

Robin Thicke & Pharrell Williams v Marvin Gaye was a pivotal case in further expanding the ways that an artist could claim copyright to music that they had written by allowing artists to claim copyright to the 'feel' of music. In this case, the estate of Marvin Gaye successfully argued that the song Blurred Lines had the vibe of a Marvin Gaye song. Long gone are the days of Vanilla Ice's intellectual property case where the number of beats in a bar of music were counted, now the 'vibe' is sufficient. This case was resolved with a $5 million settlement and 50% of the future royalties being awarded to the estate of Marvin Gay, and it led to the floodgates being opened and a significant amount of out-of-court settlements using this case as precedent.

Another significant case was in 2019 regarding Katy Perry's song Dark Horse where a relatively unknown artist successfully sued for millions over a claim that her music had breached his copyright. It may be also worth pointing out that Katy Perry's legal representatives are in the process of appealing this ruling.

But how will this affect Taylor Swift's matter?

Firstly, Taylor Swift is no stranger to litigation. She settled over a dispute with the band Right Said Fred over an instrumental in one of her other songs. However, she refuses to settle in this matter. She has faced multiple cases over Shake It Off, with parties claiming (often at the same time) to be the source of the lyrics as mentioned above.

She has argued that the lyrics are commonly used expressions that fall into the public domain, which refers to the concept that certain creative materials that are not protected by intellectual property laws. The public owns these works, not an individual author or artist. Anyone can use a public domain work without obtaining permission.

Could this happen in Australia?

Australia has already had several significant musical copyright cases result in extensive damages cases. With the most famous case being the Men at Work case, Larrikin Music Publishing Pty Ltd v EMI Songs Australia Pty Ltd [2010] FCA 29, which the Court ordered the songwriters hand over 5% of all the royalties for the song to the owners of the 'Kookaburra sits in the Old Gum Tree' music. In this case, the courts looked at the amount of the infringing work and saw that 50% of Kookaburra had been copied and this was found to be significant enough to infringe copyright.

In Australia, it is still essential that copyright infringement refers to the infringement on actual work rather than the look or feel of the artwork/artist.

As the Court refused Taylor Swift's motion for dismissal, this case will now have its day in Court, and we will have to wait to see what the Judge's ruling will be and also whether she releases an album about it as well.