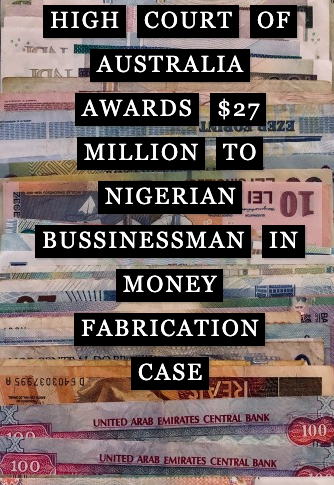 In a recent case surely strange enough to be taught in the textbooks of upcoming law students, the High Court of Australia has determined that a company that deals with the creation and manufacture of polymer-based currencies has conducted misleading or deceptive conduct depriving a Nigerian businessman, Dr Benoy Berry of significant unpaid commissions. Berry v CCL Secure Pty Ltd [2020] HCA 27.

But how did it get to this?

After the success of its manufacture of the current Australian polymer-based currency, the company in question, CCL Secure Pty Ltd (then called Securency) decided it would expand its operation into other countries. The company intended on doing two things in its business, licensing the intellectual property surrounding the currency and then manufacturing it for the respective countries as well. To assist with the negotiations of these countries, namely, Nigeria, Securency engaged Dr Berry to act as their agent. The terms of the agency Agreement were that Dr Berry received 15% commission on all sales that he was responsible for and the Agreement auto-renewed every two years or could be terminated by either party by giving 30 days' written notice.

Some time into the Agreement, a company related to Dr Berry became associated with legal proceedings against the Nigerian government and fearing the implications on the ongoing negotiations with Securency that this may bring, Securency decided that they wanted to terminate the Contract.

Dr Berry alleged that Securency had engaged in misleading or deceptive conduct in contravention of s2 of the Trade Practices Act 1974 (Cth), now contained in s 18 of the Australian Consumer Law. The Federal Court agreed and found that Dr Berry was a victim of fraudulent behaviour.

Through the various appeals that the matter went through in the courts, the determination of damages argued over whether Securency would have terminated the Agreement lawfully. This result in significant differences in the value of the costs to be paid to Dr Berry, ranging from $1.78 million to $63 million

The key takeaways from this case are that wrongdoers seeking to limit the amount payable for their fraudulent conduct must not bear the burden of proof when determining the quantum of the damages owed. It is also an excellent example of the application of the Australian Consumer Law in business to business relations and acts as a warning to those which may believe themselves or their companies exempt from it.