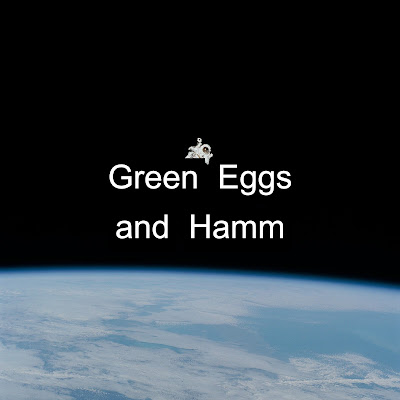 How a crotch shot of John Hamm and Dr Seuss have sparked the most intense debate on fair use dealing in copyright in the last ten years.

In 2013, John Hamm was in full swing, sipping cocktails and filming the wildly successful Mad Men however in years to come he may be remembered for something much more different. One uneventful day, John Hamm was photographed going commando and, thus changed how we see intellectual property rights on the internet forever.

Like all paparazzi photos, it was promptly uploaded to the internet and licenced for use. Unbeknownst to the photographer, the image was then used in an article by the Huffington Post, titled "25 Things You Wish You Hadn't Learned In 2013 And Must Forget In 2014." The writer of the piece turned the photo into a humourous GIF with the intention of mocking people who would want to see the picture and satirising the idea that it was news at all.

The photographer later registered the photo's copyright with the US Copyright Office in 2017, and in 2019 commenced proceedings against the Huffington Post (Schwartzwald v Oath, Inc. 2020 WL 5441291) for copyright infringement.

The court found that the Huffington Post has edited the photographed to such an extent that their display of the image was transformative and did not constitute copyright infringement. Because they had inserted a 'loading soon' box over Hamm's crotch, they had transformed the very portion of the original photo that made it unique or valuable. The court later went on to find that merely putting borders or text around an image would not be sufficient to be transformative for these purposes.

Little did John Hamm know that on a day he chose not to wear undies, his actions would implicitly make most memes legal as well.

While this was happening, an equally compelling case was being held over the rights to use Dr Seuss-based material in a book about Star Trek. 'Oh the places you'll boldly go!' is a mash-up of multiple Dr Seuss books with the characters of the original Star Trek.

Like many copyright infringement cases in the USA, this case has been going on for a very long time and shows no sign of ending soon with an appeal on the decision currently being decided in the court. The merits of the case depend on whether the book is transformative of Dr Seuss's works. The that it infringes or whether it is merely a derivative work of the original works. Throughout the life of the case, the court has looked at a variety of qualifying factors to determine whether there is a significant portion of the book that is transformative or not. Due to both the subject matter of the works and significant ramifications on fair use, if this case was overturned, there have been several high profile commentators on the topic.

"The fair use doctrine recognizes that artists and creators must have the freedom to build upon existing culture to create new works that enrich, entertain, and amuse the public," said Electronic Frontier Foundation Legal Director Corynne McSherry. "Fair use is the safety valve that ensures creators like the authors of 'Oh The Places You'll Boldly Go!' don't have to beg permission from a copyright holder to make works that express new and unique ideas."

Conversely, the Motion Picture Association of America is in support of the Dr Seuss claims arguing that the book shouldn't be protected because it doesn't improve the original work. The MPAA said, "There is nothing original about merely combining or 'mashing up' protected expression from two copyrighted works to justify such a sweeping exception to the normal rules of fair use."

As the ruling stands at the moment, the works are in fact still allowed and protected by fair use, but this could change depending on the court's current determination which is expected to be delivered later this year.

February 22, 2021
All's fair in love and war:  What is the best app to find someone who lawsuits you the most? Match Group, the owner of the wildly successful 'Tinder', has declared war on yet another dating app for patent-infringement, alleging that the Muslim-focused 'Muzmatch' has copied the feel of the app, the color scheme and even the naming convention of the app as well.  In the court documents, a Match Group spokesperson states: "Muzmatch sought to mimic the Tinder app's functionality, trade-off of Match's name, brand, and general look and feel, meet user expectations that Match created, and build a business entirely on a Tinder clone distinguished only Muzmatch's Muslim-cultural-specific marketing". So how will the Courts decide this? Only time will tell. Courts have been increasingly strict concerning patenting for apps and a patent for internet-related items. As a brief summary, a patent is essentially a document that shows ownership of an invention.
Post a Comment
Read more